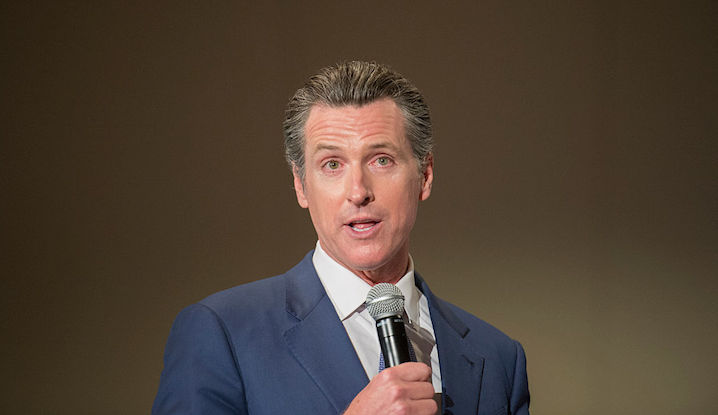 This story was produced by MapLight and published in partnership with the San Francisco Chronicle.

Apr 10, 2017 - The California governor’s mansion isn’t one of the more than 300 homes and apartments available in Sacramento through Airbnb. Even so, the San Francisco-based company so far appears more committed than anyone to boosting Lt. Gov. Gavin Newsom’s bid for the 2018 Democratic gubernatorial nomination.

A MapLight analysis of campaign data shows that Airbnb employees have given $225,850 to Newsom’s effort. Meanwhile, potential opponents, who include former Los Angeles Mayor Antonio Villaraigosa and California Treasurer John Chiang, reported their largest contributions from any one source have barely topped $100,000.

The short-term rental giant’s generosity to Newsom’s campaign shouldn’t come as a surprise. Although activists have argued that Airbnb offerings are restricting the availability of affordable Bay Area housing, Newsom has emerged as a major political booster of the sharing economy, which also includes San Francisco-based car services Uber and Lyft.

Newsom criticized the University of California in 2014 for a policy that restricted employees from using services such as Airbnb and Uber. He also campaigned against a 2015 San Francisco referendum that would have limited short-term rentals to 75 days per year. In an advertisement sponsored by Airbnb, Newsom said the measure “goes too far. It’s just too extreme.” The measure failed, gaining only 45 percent of the vote.

With 20 months remaining before the election, the three major Democratic contenders have collectively raised about $19.1 million in campaign funds in their bid to replace term-limited Gov. Jerry Brown.

As the most populous state in the nation, the California race likely will be more expensive than other states where governors’ seats are opening up, including Florida, Ohio and Colorado. Even so, spending on the California contest is likely to be lower than in 2010. More than $244 million was raised in the 2010 gubernatorial election, with GOP nominee Meg Whitman’s bid accounting for more than $176 million. The Hewlett Packard Enterprise chief lost to Brown, who raised more than $40 million.

Newsom announced plans to run in early 2015, barely three months after Brown was re-elected to his fourth stint in the governor’s mansion and second consecutive term. The lieutenant governor reported receiving more than $11 million in contributions since then. Meanwhile, Chiang has raised more than $4.7 million, and Villaraigosa reported a little more than $2.9 million.

Other big supporters of Newsom include employees at the San Francisco private equity firm Tao Capital Partners, which has given $209,200 to the lieutenant governor, and the Wonderful Company, a Los Angeles-based holding company, which has donated $112,900. Other major boosters include workers at San Francisco companies such as cloud-computing giant Salesforce ($86,400) and Twitter ($84,800).

A January survey by Public Policy Polling found Newsom leading other current and potential candidates with 25 percent of the vote. San Diego Mayor Kevin Faulconer trailed with 20 percent. Villaraigosa had 9 percent of the field, and Chiang lagged with 2 percent.

MapLight analysis of campaign contributions to the candidate-controlled committees associated with gubernatorial candidates during the 2015-2016 and 2017-2018 election cycles. Aggregate contributors include political action committees, major donors, and employees, based on itemized records. All numbers are based on latest data made available by the California Secretary of State as of April 3, 2017.