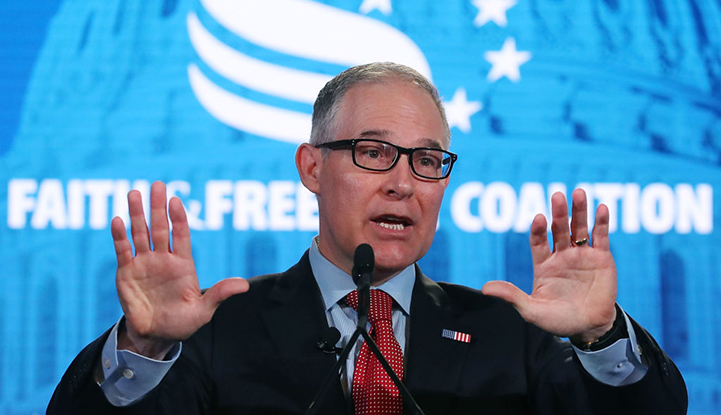 More than four months after Scott Pruitt resigned from the Environmental Protection Agency in disgrace, the public is finally receiving details about the special interest money spent to confirm him as the agency’s administrator.

At least one energy company voluntarily disclosed its donation to Protecting America Now. Pioneer Natural Resources, a Texas oil and gas company, gave $100,000 to the organization, its largest individual donation in 2017.

Pruitt, who served as Oklahoma’s attorney general from 2011-17, had a tumultuous tenure at the EPA. While his efforts to roll back environmental regulations won support from conservatives, his opulent spending generated constant negative news coverage and sparked at least 13 federal investigations.

Although Protecting America Now ended 2017 with only $33,000 in the bank, the organization appears to have found new life. It spent more than $400,000 backing Republican Kevin Stitt in his successful campaign for governor in Oklahoma this year, according to the Tulsa World.