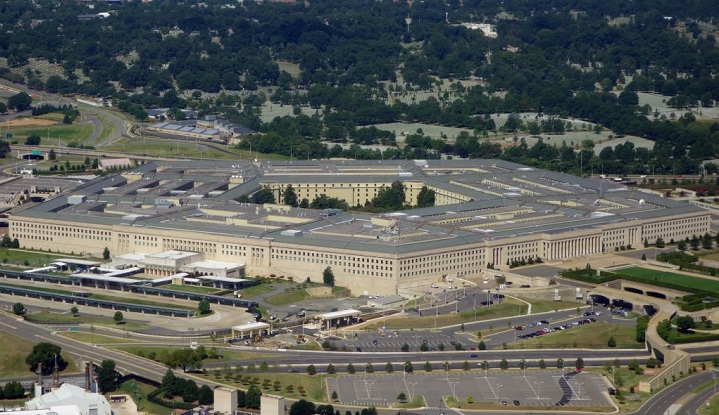 The Pentagon from the air over Washington, DC.
Photo by Saul Loeb / Getty Images.

April 3, 2017 - A Silicon Valley congressman has asked the Pentagon to investigate allegations of predatory pricing by a company whose CEO, Nicholas Howley, and wife, Lauralee Howley, have given more than $126,000 to political candidates since 2008. Half of that amount, $63,000, was given to seven current members of Congress who have been involved with crafting the defense budget. All but one member currently sit on appropriations, budget, or armed services committees.

In its 2016 annual report, the company estimated that 80 percent of its sales came from products exclusively provided by TransDigm. Khanna argued that the company is a monopoly distributor, and that twelve companies that either make or resell specialty parts initially failed to disclose to the Pentagon that they were TransDigm subsidiaries.

The cost of a motor rotor made by Whippany Actuation Systems grew by over 735 percent after the company was acquired by TransDigm in 2013, skyrocketing from $654 to $5,474. The significant increases occur as other federal agencies are looking at major budget reductions, in part to help provide the Defense Department with a $54 billion windfall.

“Given that the Trump administration is proposing budget increases for the military, it is incumbent upon Congress to ensure that these increases provide for the common defense,” the California Democrat wrote, “rather than enrich a few individual financiers who stand to benefit at the expense of our troops and weapons systems.”

A senior official within the Defense Department suggested to U.S. News that a lack of oversight has allowed predatory pricing to go unchecked in the past, and estimated that the Pentagon wasted at least $23 billion in taxpayer funds in 2013.

Sen. Rob Portman, R-Ohio, is the biggest recipient of the Howleys’ money. He has received $18,000 from the couple, and until this year consistently held positions on Budget or Armed Services committees since he was elected to the Senate in 2010. Rep. David Joyce, R-Ohio; Sen. Marco Rubio, R-Fla.; and Sen. Roy Blunt, R-Mo.; received $29,300 in total and are all currently appropriations committee members.

MapLight analysis of campaign contributions to federal candidates from Walter Nicholas Howley and Lauralee Howley since 2008, based on the latest data available from the Federal Election Commission as of March 29, 2017.