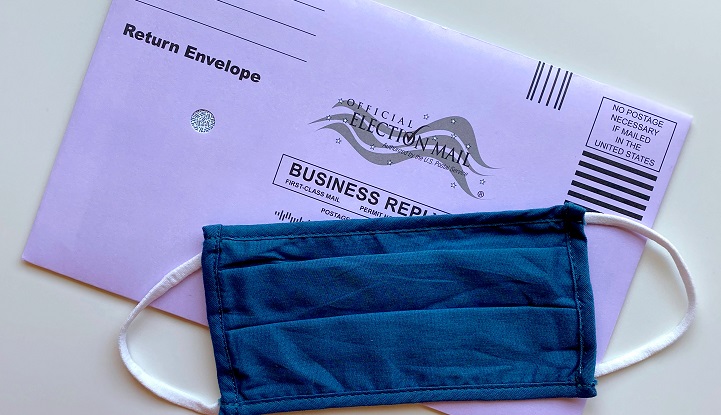 An envelope for U.S. election mail sits below a face mask.
Photo by Tiffany Tertipes on Unsplash.