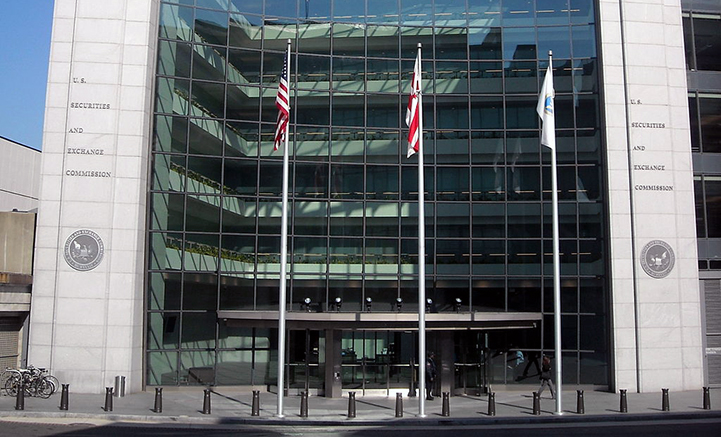 Despite an anti-corruption rule that was designed to reduce the financial industry’s political power, top officials from the investment firm BlackRock hosted Hillary Clinton at campaign fundraisers earlier this year. The cash -- which poured in through a loophole in the law — came in as BlackRock’s federal contracts to manage billions of dollars of retiree assets will be up for renewal during the next president’s term.

In 2010, the Securities and Exchange Commission looked to stop campaign donations to public officials from financial firms seeking to convince those officials to hire them to manage public employees’ retirement assets. The agency enacted a pay-to-play rule that applied such a restriction to state and local officials. The rule, however, was structured in a way that effectively exempted federal agencies from its restrictions -- and it was created even though a major federal agency had just been plagued by an investment-related influence-peddling scandal.

In practice, the gap in the rule allows BlackRock executives to raise big money for presidential candidates who -- if they win -- will appoint the officials that run the federal Thrift Savings Plan, which awards contracts to manage retirement assets for nearly 5 million current and former federal employees. The loophole also allows Wall Street executives to give cash to presidential candidates, even as those executives’ firms get deals to manage -- and earn fees from -- investments for the federal government’s separate pension insurance agency, which is run by presidential appointees.

In all, the loophole in the SEC rule effectively leaves nearly a half-trillion dollars of retirement assets unprotected by the nation’s major anti-corruption measure. Clinton’s presidential campaign has raised more than $1 million from financial firms that are contracted to manage those assets.

This report is part of an IBT/MapLight series examining the extent to which corporate interests are able to circumvent federal and state anti-corruption rules designed to restrict the influence of money on public policy.

When the SEC passed its rule to restrict Wall Street campaign contributions, the agency said the measure was necessary because publicly administered retirement programs “are particularly vulnerable to pay to play practices” which can end up “leading to inferior management, diminished returns or greater losses” for retirees. A study released last month validated that concern: Researchers at Stanford, Rice and Erasmus universities found that retirement systems whose overseers “have received relatively more contributions from the financial industry have lower returns.”

Federal regulators ended up prohibiting investment firms from earning fees from “a government entity” -- that is, a retirement system -- if firm executives donate to a public official who has power to influence the retirement system’s investment decisions. The rule, though, narrowly defined “government entity”: It says the term means only an agency at the state or local level, not the federal government.

“There's no clear carve-out for federal plans, but the definition itself also does not insinuate that they are covered,” Benjamin Keane, an attorney at the law firm Dentons, told IBT/MapLight.

Through legislation, congressional lawmakers could close the loophole by passing a pay-to-play law that defined “government entity” to encompass the federal government. Without that, the loophole will remain.

‘Wouldn't Appear To Put Such Firms At Risk’

The result: Pay-to-play restrictions do not apply to the Thrift Savings Plan (TSP) -- a $458 billion behemoth that is the single largest retirement system in America. BlackRock officials delivered over $100,000 to President Barack Obama’s campaigns, and Obama’s appointees to the TSP’s board have awarded BlackRock contracts to manage $251 billion on behalf of millions of federal workers. Those contracts were awarded by the Obama administration between 2012 and 2015.

Now, with those deals coming up for renewal, BlackRock employees are helping raise big money for Clinton, Obama’s potential successor. BlackRock official Matt Mallow and his wife are listed on Clinton’s website as “Hillblazers” who have raised or donated at least $100,000 for the Democratic candidate’s 2016 campaign. Mallow hosted a fundraiser for Clinton this past February. Cheryl Mills, a longtime Clinton adviser, also hosted a fundraiser for her and serves on BlackRock’s board of directors. Clinton’s campaign has received roughly $100,000 directly from employees of BlackRock.

If Clinton wins the election, the agency her appointees run will decide the fate of BlackRock’s TSP contracts -- and there is nothing in the SEC pay-to-play rule to stop those appointees from rewarding Clinton’s donors.

“Since the Thrift Savings Plan is solely a creature of the federal government,” Keane told IBT/MapLight, “contributions to the president or presidential candidates by covered executives of investment advisors to the TSP wouldn't appear to put such firms at risk.”

A TSP spokesperson, Kim Weaver, confirmed to IBT/MapLight that “the SEC has no jurisdiction” over the board that governs the retirement system.

While TSP management contracts involve relatively low fees, the deals are coveted. The TSP does not publish an itemized list of the exact fees it pays to outside money managers, but documents reviewed by IBT show that the TSP pays about $106 million in annual expenses for the specific funds that BlackRock manages.

BlackRock likely earns additional revenues through securities lending, in which it can lend out portfolio assets to other firms for a fee. BlackRock can also use TSP’s holdings to exert influence with major corporations.

Weaver said the agency “uses a competitive RFP [request for proposal] process when selecting fund managers. The vendor is selected purely on the basis of best value and the selection is done on a fiduciary basis.” She said the agency’s presidentially appointed board members “do not serve as selecting officials on any [agency] procurement.” Federal law saysthe board sets “policies for the investment and management” of the TSP, and agency press releases note that the board selected BlackRock for the four investment contracts the firm won.

‘Serious Questions About The Integrity Of The Process’

The TSP is not the only source of investment business at the federal level: There is also the Pension Benefit Guaranty Corporation, which insures the pensions of 44 million Americans and pays out benefits if private pension systems collapse. PBGC officials currently oversee roughly $88 billion of investments.

The PBGC invests money with 23 financial firms, according to a PBGC spokesperson. Employees at twelve of those firms -- including J.P. Morgan Chase, Wells Fargo, Goldman Sachs and BlackRock -- have collectively given Clinton’s presidential campaign more than $1.2 million. Goldman Sachs also paid Clinton $675,000 for speeches after she completed her tenure as Secretary of State. Those same firms donated over $870,000 to Obama’s 2012 reelection campaign.

The PBGC declined to disclose any information on how much in annual fees the agency pays the Wall Street firms, but there are clues about how much at least some of those firms might be making off the system. The agency’s most recent financial report says roughly 1.7 percent of its assets are in “private equity, private debt, and private real estate.” That translates to roughly $1.5 billion of such investments. Assuming industry standard fees of up to 2 percent, that one small slice of PBGC investments alone could generate up to $30 million of annual management fees for financial firms -- on top of any additional fees levied on investment returns.

Asked if it is appropriate for the agency to award contracts to firms whose executives make contributions to presidential campaigns, agency spokesman Marc Hopkins told IBT/MapLight: “PBGC follows federal procurement laws and regulations.”

The SEC’s decision to shield the federal government from the pay-to-play rule is striking, given that the PBGC was engulfed in an influence-peddling scandal at the beginning of President Obama’s term.

In January 2009, Charles E.F. Millard resigned as head of the PBGC amid accusations he inappropriately communicated with firms who were courting lucrative PBGC contracts. A whistleblower told the agency’s inspector general that Millard had been communicating with Wall Street firms seeking business from the PBGC, and that Millard refused to cut ties even after he was warned of potential ethical violations.

The investigation found that BlackRock and Goldman Sachs assigned employees to win over Millard. BlackRock even tasked a former high school classmate of Millard’s to keep in touch.

Goldman provided Millard with advice about how to persuade his colleagues to invest more PBGC funds in alternative investments, and the PBGC soon picked BlackRock and Goldman to manage nearly $1.6 billion in PBGC assets.

The inspector general said at the time that the “improper actions raise serious questions about the integrity of the process by which the winners” of federal investment contracts were selected. The IG noted that after Millard resigned, a Goldman executive worked to help him find a Wall Street job. Millard -- who was not criminally charged -- worked as a managing director and head of pension relations at Citigroup until earlier this year.

A few months after the IG report was released, President Obama appointed a private equity executive to take over the agency -- just as that executive’s New York firm was facing questions about whether it used political influence to secure public pension deals. A year later, the SEC passed its pay to play rule -- including the language that made sure the rule did not apply to the PBGC and other federal agencies.

Story by David Sirota and Avi Asher-Schapiro of the International Business Times and Andrew Perez of MapLight.

This story is a collaboration between International Business Times and MapLight, a nonpartisan nonprofit that reports on money in politics. The article is the fourth in a series on how companies are circumventing pay-to-play laws designed to restrict their political spending and influence.