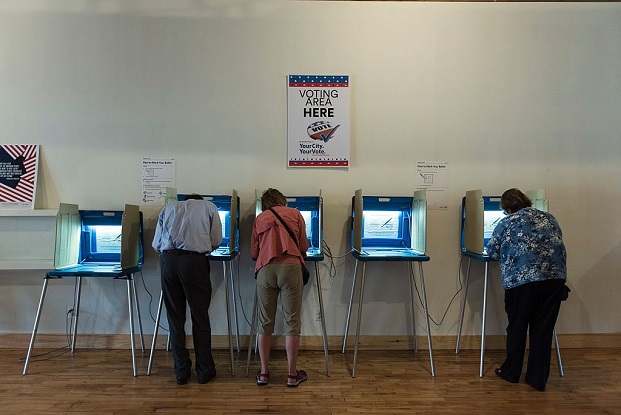 October 31, 2016 - While more than half of the $435 million contributed so far to California’s ballot measure campaigns has come from individuals and groups trying to defeat initiatives, four of the 17 proposals face no financial opposition.

The campaigns supporting those four measures are among the least well-funded this election cycle, according to a MapLight analysis.

Supporters of Proposition 51 have raised almost $12 million -- less than a tenth of the money raised in the most expensive ballot battle this fall, the fight over a measure to limit prescription drug prices.

The state’s Democratic and Republican parties have endorsed Prop. 51, which would authorize $9 billion in school construction bonds.

Governor Jerry Brown, the measure’s most well-known opponent, has called the initiative “a blunderbuss effort that promotes sprawl and squanders money that would be far better spent in low-income communities," but he hasn’t contributed any money against it. A website linked to the California Taxpayers Action Network, which also opposes the measure, displays a “Check Back Soon” message.

Supporters of Proposition 58, which include the California Teachers Association, have raised over $4.7 million, while opponents have not put up a financial fight. The initiative would repeal Prop. 227, a ban on bilingual education that voters approved in 1998. Prop. 227’s opponents spent $4.8 million in their unsuccessful bid to defeat the measure.

The author of Prop. 227, Ron Unz, a wealthy Silicon Valley entrepreneur, has not contributed any money to defeat Prop. 58, nor has the state’s Republican party, which recommends a “no vote” on the measure.

Although two measures on the ballot pertain to plastic bags, only one, Proposition 65, has no financial opposition. Plastic bag manufacturers have raised all of the nearly $3 million to support the initiative, which would redirect proceeds from the sale of carryout bags to a state-run environmental fund. The California Grocers Association opposes Prop. 65, because it doesn’t allow retailers to use the proceeds to cover their costs. But the CGA has not given any money to defeat the measure.

The initiative campaign that has raised the least amount of money -- and has no financial opposition -- is Proposition 59, an advisory measure that would encourage California lawmakers to use their authority, including proposing Constitutional amendments, to overturn the U.S. Supreme Court’s 2010 ruling in a case known as Citizens United. The high court’s decision allowed corporations and unions to spend unlimited amounts of money on elections, as long as they did so independently of campaigns.

The measure is non-binding and has been criticized by the Los Angeles Times’ editorial board, among others, for failing to provide enough detail about what exactly should be amended in the Constitution.

So far, supporters of Prop. 59 have raised a little more than $440,000 -- less than some of the biggest individual contributions to several initiative campaigns.

The measure’s top contributor is the Atlantic Advocacy Fund, the advocacy arm of the New York-based Atlantic Philanthropies, which has given over $66,000 to a committee supporting propositions 59 and 54, which would prohibit the legislature from voting on a bill until after it had been posted on the internet for 72 hours, and opposing proposition 66, a measure aimed at reducing delays in the death penalty appeals process.