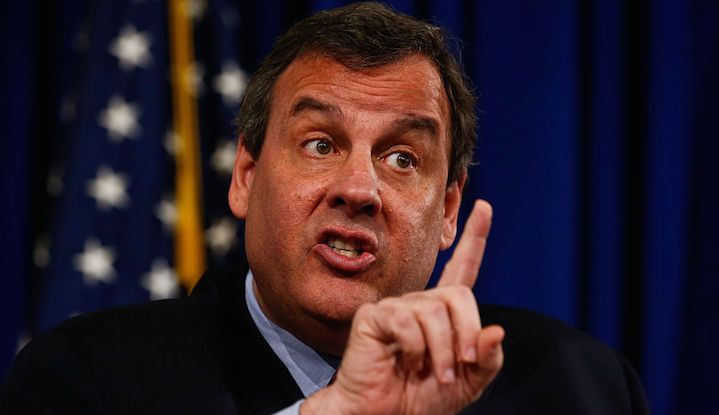 The lawsuit was filed in New Jersey Superior Court in the wake of a decision by Democratic Gov. Phil Murphy’s administration that would allow Christie to veto the release of public records. Christie -- now a private citizen -- issued a letter during his last week in office that ordered requests for his office’s records to be handled by his private lawyer, rather than by state employees.

“Transparency is a cornerstone of a functioning democracy,” said Daniel G. Newman, MapLight’s president and co-founder. “State records should be open to the public -- not left in the hands of a private lawyer. By releasing the requested public records immediately, public officials in New Jersey can end the secrecy that fuels suspicion and begin to restore trust. Gov. Murphy should take a stand for transparency, not secrecy, by requiring that all records become part of the state archives, instead of hiding behind personal attorneys.”

Christie’s lawyer, Jeff Chiesa, used the letter last month as the basis for rejecting MapLight’s request for copies of emails between the former governor’s office and the Kushner Companies. Chiesa, a longtime ally who was Christie’s attorney general from 2012-13 and his U.S. Senate appointee in 2013, disclosed that his firm had “identified a limited number of responsive documents.”

Christie served as New Jersey’s chief federal prosecutor before winning office in 2009 and was responsible for sending Kushner’s father to prison on charges of witness tampering, campaign finance law violations, and tax evasion. Christie has questioned whether his November 2016 ouster as head of Trump’s transition team was spurred by the younger Kushner’s political influence.

“Not Out of Character”

Lawyers who specialize in the New Jersey open records law said state officials were wrong to cede their responsibility to decide questions of access to state records to a private lawyer who owes an obligation to Christie, not state taxpayers.

“This administration should not allow Christie or attorneys acting on his behalf to be the only and final arbiter of which records get released, nor should it allow him to be the one conducting the search for the records,” said Jennifer Borg, a lawyer at Pashman Stein Walder Hayden in Hackensack, N.J. “Such a process is riddled with conflicts -- like asking a student to grade his or her own exam.”

Borg said that the guidelines in Christie’s letter violate the New Jersey’s records law, explaining that it “requires a public employee, the custodian, to search for and review records prior to their release. Although custodians can seek assistance and legal advice when responding to requests, they cannot abdicate their responsibility -- especially not to a private person who has no accountability to the public.”

C.J. Griffin, another lawyer at Pashman Stein, said the state shouldn’t “say Christie gets to decide what is and what isn’t disclosed, which is what they’re doing now.”

“I find it troubling, but honestly it’s not out of character,” she said. “Christie was not a proponent of transparency, so the fact that he’s standing in the way of transparency even after he’s out of office is not shocking to me.”

Christie, whose administration spent almost $1 million fighting open records requests during his eight years in Trenton, was hired as an ABC News regular contributor in January.