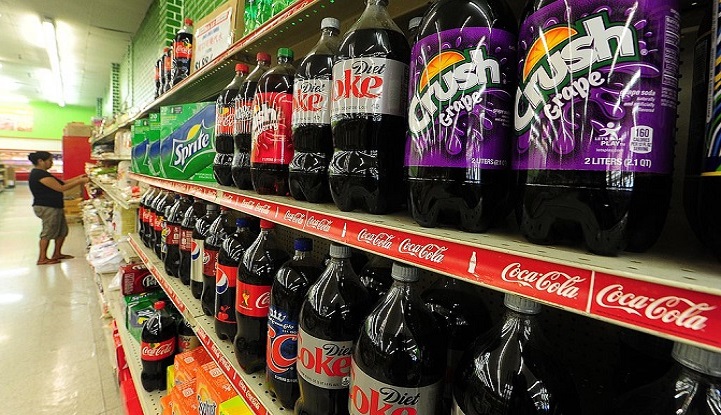 Fundraising by campaigns battling over taxes on sugar-sweetened beverages in four U.S. cities has topped the seven-figure mark, but still falls far short of the dollars spent on the last two major soda tax initiatives, according to a MapLight analysis.

Groups for and against the taxes have raised $1.4 million in the four cities so far. The amount represents about 15 percent of the $9.5 million raised in the battle over a failed 2014 San Francisco initiative that would have added a two-penny-an-ounce soda tax, according to city records.

The slowdown in funding is unusual, because the fight over sugar-sweetened beverages marks a potential turning point in American politics. While public health advocates have battled powerful industries, such as tobacco and coal, those fights have generally been settled by legislatures or courts. The attempt to slow sales of the $278 billion soft-drink industry represents one of the rare occasions when voters can directly address a public health controversy.

“We may see more public health measures via community-led signature-gathering campaigns in the future,” San Francisco Supervisor Eric Mar said in an email. “Communities … can pass much stronger laws at the ballot box than legislating by the board of supervisors and mayor.”

A trio of organizations battling over a San Francisco measure have combined to raise nearly $800,000 during 2016, according to city records. The total raised so far exceeds the amounts raised in two other California cities -- Oakland and Albany -- with similar initiatives on their November ballots. Boulder, Colorado is considering a similar tax on sugar-sweetened beverages. At least $615,000 has been raised for and against the Oakland measure, while $10,000 has been raised in support of the Colorado measure.

The Mayor and The Big Gulp

The politics of soda emerged as a national issue in May 2012, when then-New York Mayor Michael Bloomberg imposed a ban on large sugar-sweetened beverages at restaurants, movie theaters and street carts in an effort to combat the city’s obesity epidemic. The prohibition outraged libertarians and the soft-drink industry, which has seen sales decline for more than a decade.

The mayor, who had spearheaded a 2003 ban on smoking in city restaurants and bars, was roundly criticized for the soda ban, which residents erroneously thought included the 7-Eleven chain’s supersized “Big Gulp” drinks. Sixty percent of city residents opposed the idea. The state’s highest court overturned the ban in June 2014.

Despite that rejection, other cities began taking action to curb soda consumption. In 2014, Berkeley became the first city in the nation to pass a measure to tax sugary beverages, with 76 percent of voters approving a penny-an-ounce tax. During the campaign, the American Beverage Association contributed more than $2.4 million to fight the initiative. Supporters were able to raise about $930,000, including more than $600,000 in donations from Bloomberg, a billionaire who founded one of the largest financial data companies in the nation.

About 55 percent of San Francisco voters in 2014 supported a proposed two-cent-per-ounce tax on sodas and other sugar-sweetened drinks. The measure failed, in part because it specified that money from the tax would be spent on nutrition and health programs. Under state law, taxes applied to specific purposes require a two-thirds majority vote.

The Berkeley tax has been linked to a 21 percent decrease in sugar-sweetened beverage consumption among lower-income residents, according to a study published last week by the American Journal of Public Health. Researchers also found a 4 percent increase in soda consumption in adjacent San Francisco and Oakland.

The American Beverage Association has been the largest financial opponent of soda taxes in 2016, according to public records. The industry group, which includes Coca Cola, PepsiCo, and Sunny Delight, has poured $545,000 into a political action committee (PAC) to battle San Francisco’s measure -- a fraction of the $9.2 million it dropped in the city in 2014.

Two organizations have provided most of the money in support of the tax. About $250,000 has been raised by San Franciscans United to Reduce Diabetes, a political action committee. John Arnold, a billionaire hedge fund founder, and his wife Laura, contributed $60,000 of that total through a social welfare organization they created, Action Now Initiative. The organization also contributed money to support the 2014 Berkeley measure. (Disclosure: The Laura and John Arnold Foundation is a donor to MapLight.)

The beverage PAC has also raised $600,000 to fight the Oakland ballot measure, which would add a one-cent tax to sodas. It is using the money to buy ads that frame the initiative as a tax on groceries and that feature halal and Asian grocers. The ads suggest the beverage industry is using the results from the 2014 San Francisco campaign to inform its current strategy: then there was little support for the proposed tax in neighborhoods with more lower-income and minority voters.

Desley Brooks, an Oakland council member supporting the measure, claimed the soda industry “is targeting people of color, and they have no shame when it comes to spreading falsehoods.” But Lauren Kane, a spokeswoman for the beverage industry association, described the proposals as “regressive and discriminatory.”

“Singling out one item in a grocery cart is discriminatory,” said Kane, adding that 43 soda tax proposals have been rejected by local governments since 2008. And while Kane wouldn’t discuss the industry’s strategy for fighting the four ballot measures, she said there’s plenty of time between now and November for the industry to make its case to voters.

Citizens for Healthy Oakland Children, which advocates for the new tax, has only raised $18,545 -- $1 for every $32 collected by opponents.

Advocates of soda taxes were heartened by a June vote in the Philadelphia City Council that placed a 1.5 cent-per-ounce tax on sodas to provide $400 million in funds for pre-kindergarten and recreation programs. Earlier efforts had failed, stymied in part by the industry’s $10 million gift to the Children’s Hospital of Philadelphia in 2011.

Although the Philadelphia tax was passed by a government vote rather than a ballot, money figured heavily in the battle. Philadelphians for a Fair Future, a “dark money” group that is not required to reveal its donors, spent heavily to back the new tax. Bloomberg gave the group about $1.5 million, and the Arnolds’ Action Now Initiative chipped in another $400,000. The beverage industry spent $4.2 million on advertising and is mounting a legal battle to overturn the tax.

Sarah Roache, a fellow at the O’Neill Institute for National and Global Health Law at Georgetown University Law Center, said it’s possible that the beverage industry may simply be waiting to raise larger sums of money until just before the California and Colorado votes. Roache, whose research includes potential policy solutions to unhealthy diets, said the industry waited until days before a crucial city council vote in Philadelphia to unleash an unsuccessful advertising blitz.

The financial stakes have been much lower in Albany, a Bay Area suburb of 18,500 that’s nestled against the northern boundary of Berkeley. The city clerk’s office has reported no contributions or expenditures relating to the proposed penny-per-ounce soda tax.

The Colorado Beverage Association is backing a challenge to a similar proposal in Boulder, Colorado. The group argued unsuccessfully to city officials that the petition to put the measure on the ballot didn’t abide by state laws requiring voters to be notified that the soda tax is, in fact, a tax increase.

City records show that Healthy Boulder Kids, an organization composed primarily of public health advocates, has raised about $10,350. Another organization, No Boulder Grocery Tax, has not reported any contributions, but said it had spent $7,500.

MapLight analysis of contributions to committees supporting and opposing ballot measures that would tax sugar-sweetened beverages in the November 2014 and 2016 elections using the latest data available from local campaign finance reports as of August 29, 2016.