The Avenues for Foreign Influence in U.S. Politics 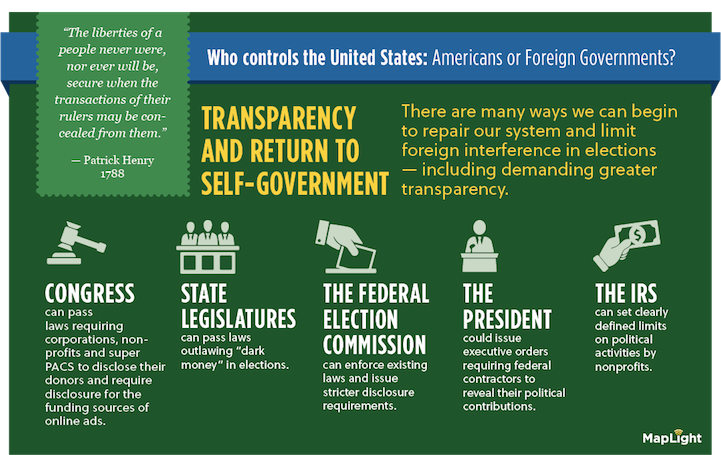 When U.S. media outlets broke the news that groups linked to the Russian government attempted to use Facebook, Twitter, and Google to influence the 2016 election, the impact of Russia’s meddling on our democracy became a dominant media narrative.  But foreign influence in U.S. elections doesn’t begin and end with Russia. Several loopholes in existing law allow foreign money to flow into our system undetected, often in the form of untraceable dark money spending.

The graphic below explores the existing avenues for foreign actors to influence U.S. politics as well as the ways we can begin to repair our system to restore transparency and accountability to elections. 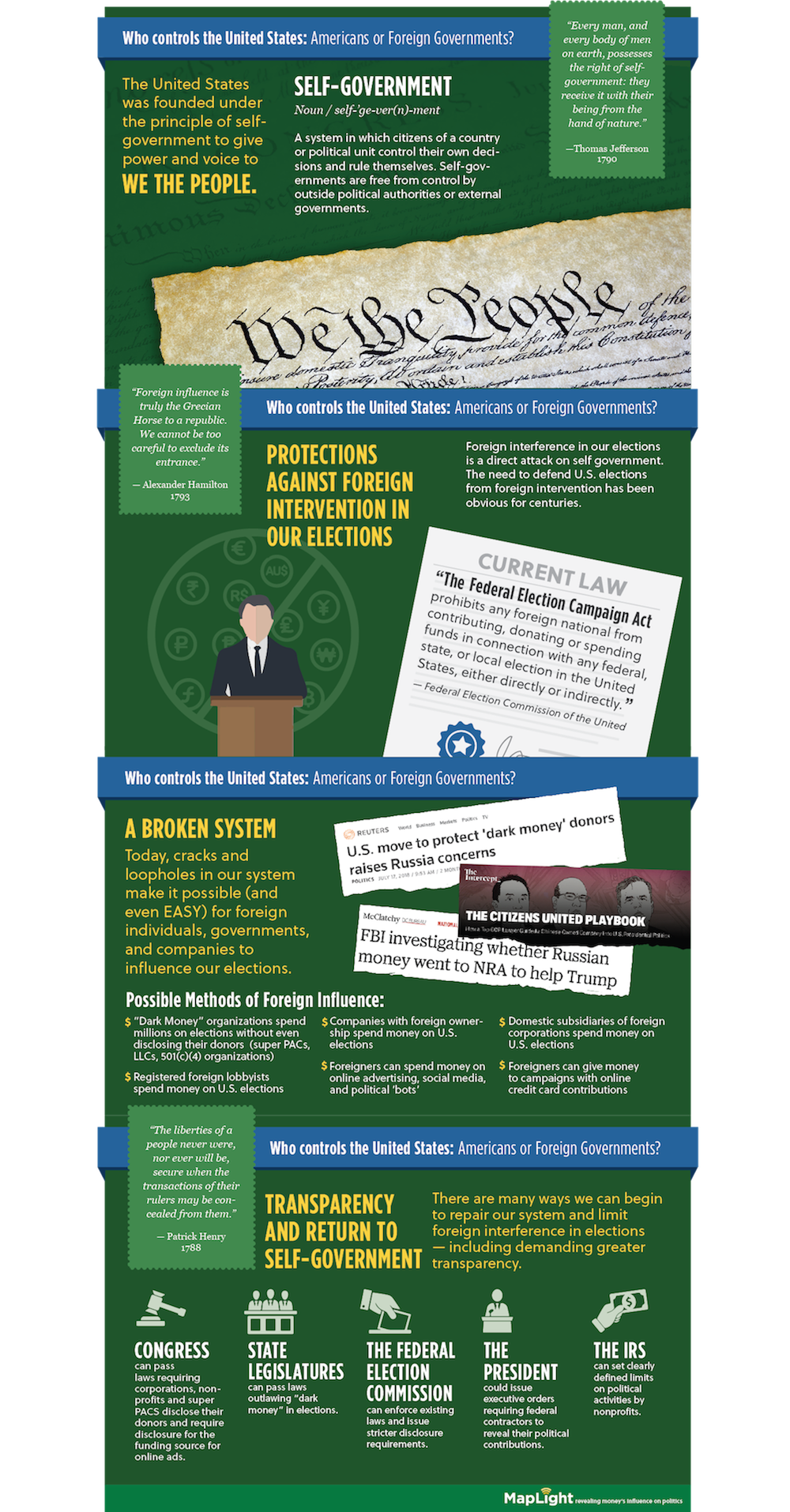