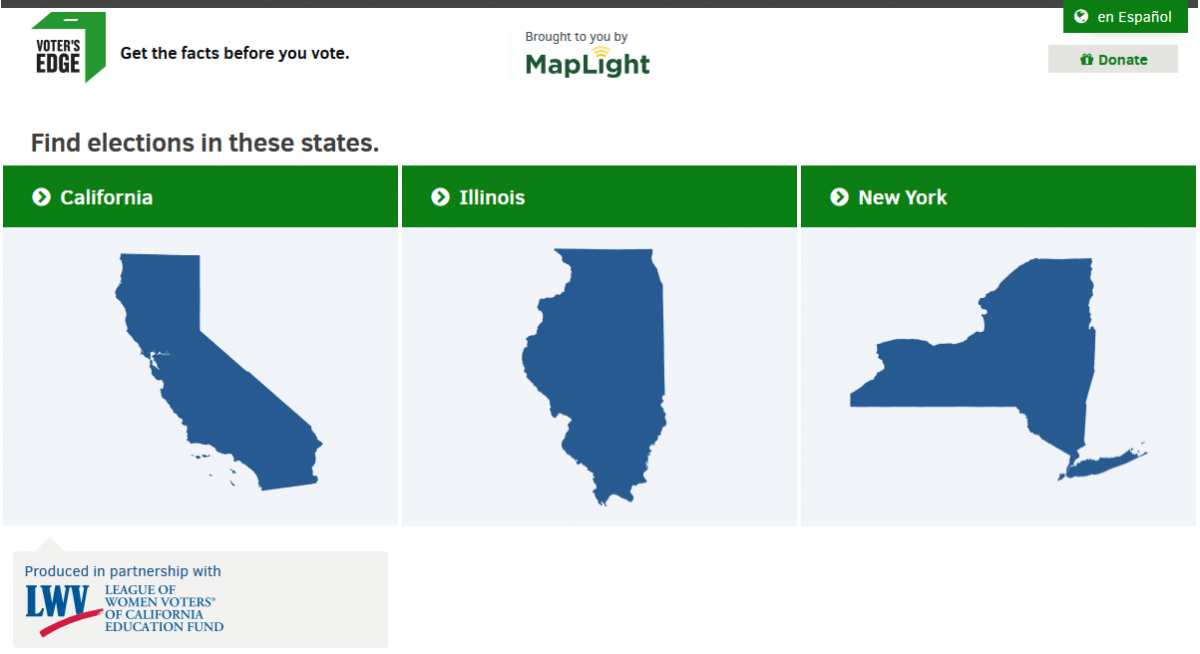 This year, thanks to Voter’s Edge, 2.1 million people in California, Illinois, and New York were able to find the information they needed to cast more informed votes in the primary and general elections.

During elections, the media is saturated with news and ads about presidential races and other high-profile contests. Meanwhile, voters (who often have limited time and access to information) struggle to find even basic facts about down-ballot races, leading them to vote on the basis of limited or misleading messages—or opt out altogether.

That’s where Voter’s Edge comes in.

For the 2016 elections, MapLight expanded the groundbreaking Voter’s Edge California model—piloted in 2014 in partnership with the League of Women Voters of California Education Fund (LWVCEF)—to new territory. We covered federal, state, and local elections in Illinois and New York as well as California, giving more than one in five Americans access to information about every contest on their ballot.

The fully redesigned guide featured a professionally translated Spanish-language site, a tool called “My List” that let users save their ballot choices for later, and a section explaining the basics of voting. In California, MapLight again partnered with the LWVCEF, whose well-established network collected data on state and local races. We also developed a new system for collecting candidate information in states like Illinois and New York that lack the LWVCEF’s infrastructure.