With Billions in Profit From Browser Histories At Stake, Industry Spent Millions on Influence 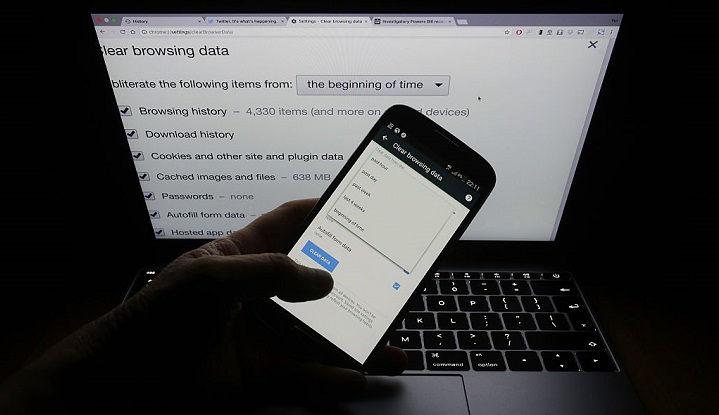 April 13, 2017 - The 25 Republican senators who sponsored legislation that allows internet providers to sell their customers’ browsing histories have received an average of $107,000 in contributions from telephone and cable industries since 2010, according to a MapLight analysis of OpenSecrets data. The sponsors of the companion measure in the House have received an average of $144,404 from the companies since 2010.

The legislation, a Congressional Review Act (CRA) that allows regulations to be repealed within 60 legislative days of their submission to Congress, was signed last week by President Donald Trump after being passed in March, largely along party-line votes. Finalized last year but not yet in effect, the rule repealed by the CRA would have strengthened consumer protections by requiring internet providers to receive consent before selling customers’ sensitive information and web browsing histories.

The repeal of the rule has drawn widespread criticism from consumer and privacy advocates. A March 31 HuffPost/YouGov poll found an overwhelming percentage of Americans oppose allowing their browser histories to be sold without permission. Eighty-three percent of those surveyed -- split almost evenly among Republicans and Democrats -- said companies should not be able to share customers’ personal information without their permission. Slightly more than 70 percent thought the privacy rule created by the Federal Communications Commission under former President Barack Obama should have gone into effect.

Advocates of the rule repeal were also helped by big money from trade groups. The CTIA, a trade organization that represents wireless communications companies, spent about $11 million on lobbying last year. The National Cable and Telecommunications Association spent almost $10.2 million, and the U.S. Telecom Association added another $4.1 million.

A companion House bill, sponsored by Rep. Marsha Blackburn, R-Tenn., attracted 16 Republican cosponsors. Blackburn has received $191,250 from the industries since 2010.

Before Trump took office, Congress had used the CRA process only once, when it repealed a Labor Department ergonomics rule in 2001. Since his inauguration, Trump has signed 11 CRA measures. Most have repealed environment- and education-related rules created by the Obama administration.

Two CRA bills have passed Congress and are awaiting Trump’s signature - a measure that would eliminate the requirement that states manage retirement accounts for people whose employers do not offer them and a bill that would potentially block Planned Parenthood from receiving hundreds of millions of dollars in funds for Medicaid, the joint state-federal health insurance program for the poor and disabled.

MapLight analysis of campaign contributions to members of Congress from PACs and employees of the cable distributors and service providers and telephone utilities industries from November 29, 2010 to November 28, 2016. Contributions data source: OpenSecrets.org.