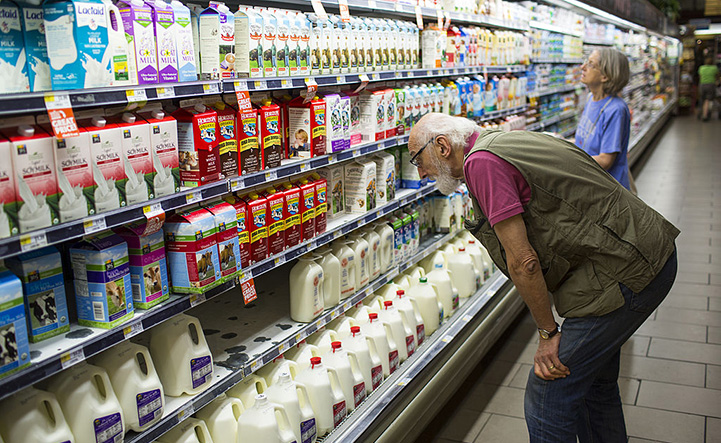 February 24, 2017 -- Soy and almond milk producers may have to do their crying over spilt plant-based beverages if industry-backed legislation sponsored by a pair of dairy state lawmakers attracts more support in Congress.

The Dairy Pride Act, sponsored by Wisconsin Sen. Tammy Baldwin and Vermont Rep. Peter Welch, would enforce longstanding FDA definitions (CFR 131.110) that define milk. The new bill expands the definition of milk to include the “lacteal secretions” of other hooved animals such as goats and sheep. Its sponsors argue that “plant-based products labeled as milk are misleading to consumers.”

Sponsors of the legislation collected a total of $297,480, or an average of $27,044, from the dairy industry during the 2015-2016 election cycle, according to a MapLight analysis of contributions data from OpenSecrets. Three House co-sponsors were among the top recipients of contributions from dairy producers in that cycle: Michael Simpson, an Idaho Republican, received $33,100; Collin Peterson, a Minnesota Democrat, collected $46,000; and David Valadao, a California Republican, received $135,530.

The bill is supported by the International Dairy Foods Association and the National Milk Producers Federation, which represent dairy producers. The two organizations spent nearly $1.5 million on lobbying during 2016. In a joint statement, the groups said the bill is necessary “to defend the integrity of federal food labeling standards and prevent the misbranding of dairy imitators.”

The Senate bill hasn’t attracted any co-sponsors yet. Baldwin’s bill has been referred to the Senate Health, Education, Labor and Pensions Committee; the Welch measure is being considered by the House Energy and Commerce Committee.
MORE NEWS