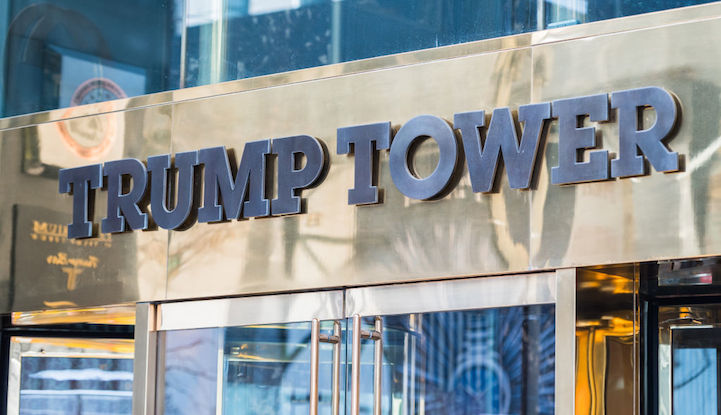 More than one-third of lobbyists who have registered as foreign agents with the Justice Department since President Donald Trump took office are representing countries with Trump-related business interests, according to a MapLight review.

More than 400 lobbyists have registered to represent foreign interests in the 16 months since Trump took office. Records show 142 new foreign agents are working for 20 countries where Trump has business interests, including Saudi Arabia, China, Turkey, Azerbaijan, and Qatar. By contrast, former President Barack Obama’s Justice Department recorded 238 new foreign lobbyists during his first 16 months in office. There were 223 registrations reported during the same period under former President George W. Bush.

“It does not come as a surprise that countries in which (Trump) has business interests have upped their lobbying since he became president,” said Jordan Libowitz, communications director for Citizens for Responsibility and Ethics in Washington, a nonprofit watchdog. “It’s hard to think of another reason why there’d be such a significant uptick over previous presidents.”

The flood of registrations has occurred as Trump ignores allegations that he’s violating the U.S. Constitution’s emoluments clause, which forbids the president from using the White House for personal financial gain. Trump acknowledged interests in 144 businesses located in 25 countries in his 2016 financial disclosure statement.

The new registrations do little to dispel claims that Trump enjoys doing business with autocratic regimes. Of the 142 new registrations from countries with business ties to the president, 98 lobbyists -- almost 70 percent of the total -- represent countries that are listed as “not free” by Freedom House, a New York-based nonprofit that issues an annual global report on the state of political and civil liberties.

The authoritarian regimes with Trump business ties that registered new lobbyists include:

Azerbaijan: The central Asian country added four lobbyists during the first 16 months of Trump’s administration. Trump was a partner with members of the Mammadov family in a Baku condominium deal. Although he withdrew from the project after being elected president, Democratic lawmakers have called for an investigation to determine if Trump ran afoul of the Foreign Corrupt Practices Act by bribing Mammadov family members who served as Azeri parliamentarians.

China: The focus of a budding trade war with the U.S., the People’s Republic of China has added 14 new agents since Trump took office. The president lifted sanctions from the Chinese electronics company ZTE only days after a Trump licensing partner in Indonesia received $1 billion in loans from the Chinese government and banks.

Qatar: The tiny petrostate, which has added 30 lobbyists, has been accused of offering support to terrorist organizations that include the Islamic State in Syria. It’s also spent $16.5 million on the purchase of four units in the Trump World Tower in New York. The properties include a $6.5 million apartment acquired shortly after a federal judge dismissed an emoluments claim against Trump on the basis that the nonprofit filing the lawsuit wasn’t affected by Trump’s actions. A company associated with Jared Kushner, Trump’s son-in-law, also is in the final stages of negotiating a bailout of one of its troubled properties by a company tied to Qatar.

Saudi Arabia: Trump has a longstanding relationship with rulers of the desert kingdom, who added 22 new lobbyists in the U.S. during the first 16 months of his administration. In 1995, a partnership that included a Saudi prince helped Trump avoid defaulting on loans when it purchased his Plaza Hotel in New York for $325 million; the same prince, Walid bin Talal, had bought his yacht in 1991 for $18 million.

Turkey: The U.S. ally has added 16 new agents since Trump took office, even while emerging as one of the foremost abusers of human rights in the region. Trump licensed his name for use at a pair of Istanbul skyscrapers that opened in 2012. “I have a little conflict of interest ‘cause I have a major, major building in Istanbul,” Trump confessed to Breitbart News in 2015.

The Sonoran Policy Group (SPG), launched by a former GOP congressional staffer with ties to Trump’s political campaign, has registered to lobby for 12 new clients since Trump took office, including Afghanistan, Kenya, and the Saudi Ministry of the Interior.

Mercury Public Affairs added 11 new clients, including China’s ZTE Corp., the Turkish Embassy, and the European Centre for a Modern Ukraine (ECMU). Both Mercury and SGR LLC, a Trump-allied lobbying firm that added five new foreign clients, have been subpoenaed in connection with a probe of Paul Manafort, the former Trump campaign manager who allegedly violated foreign lobbying laws by using it as the center as a front for the Ukrainian government.