Democratic Delegates Party With Lady Gaga And Snoop Dogg, Thanks To Super PACs 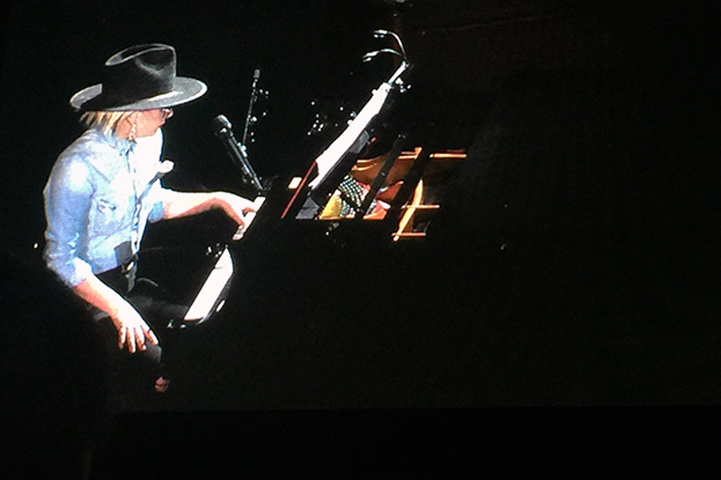 There is broad consensus within the Democratic party that Citizens United must be overturned. The Supreme Court’s 2010 ruling, which allowed corporations and unions to spend on elections, led to the creation of super PACs -- resulting in a system that allows the wealthy to contribute as much money as they want to groups that help their favorite politicians get elected.

On Thursday night, delegates to the Democratic National Convention cheered as their party’s presidential nominee, Hillary Clinton, promised to “appoint Supreme Court justices who will get money out of politics,” and said that “if necessary, we'll pass a constitutional amendment to overturn Citizens United.”

While Democratic politicians have long lamented the Citizens United decision, they have also reaped the benefits of super PACs -- from the super PAC that helped President Barack Obama win reelection, to the support Democratic congressional candidates have received from House Majority PAC and Senate Majority PAC. Super PACs offered convention-goers in Philadelphia a perk of their own on Thursday: tickets to exclusive, star-studded concerts.

According to a press release, Camden Rising was sponsored by “an account” of General Majority PAC -- a super PAC that successfully sued New Jersey and Pennsylvania, citing the Citizens United ruling, to allow unlimited political contributions to outside groups in those states’ elections. General Majority PAC spent millions of dollars to help New Jersey Democrats in state assembly races last year, with the bulk of its funding coming from labor unions.

The Philadelphia Inquirer reported Wednesday that the invitation-only concert would be closed to the press -- save for Camden Rising’s “media sponsor and partner,” PhillyVoice, a news site run by Norcross’ daughter.

New Jersey Rep. Donald Norcross, George’s brother, was listed as a “special guest” on an invitation sent to his state’s delegates. Like many Democrats, the congressman has been critical of Citizens United. Norcross says on his website that the “decision placed a huge amount of power in the hands of a few wealthy individuals and corporations” and should be repealed.

Following Clinton’s speech Thursday night, a trio of Democratic super PACs hosted a “unity” concert with rapper Snoop Dogg at the Electric Factory in Philadelphia. The event was funded by a joint account set up by Priorities USA Action, Senate Majority PAC, and House Majority PAC.

As the Huffington Post first reported, the joint fund received $100,000 from two corporate donors between April and June. Health insurer Anthem and Pharmaceutical Research and Manufacturers of America, the drug industry’s top trade association in Washington, D.C, each gave $50,000.

The super PACs that hosted Thursday's events did not respond to questions from MapLight. But groups on the left have frequently argued that, while they believe super PACs shouldn’t exist, Democrats must embrace them to compete with Republicans. When Obama’s reelection campaign began soliciting contributions to Priorities USA Action in 2012, his campaign manager Jim Messina said: “With so much at stake, we can't allow for two sets of rules in this election whereby the Republican nominee is the beneficiary of unlimited spending and Democrats unilaterally disarm.”

Conservative super PACs and nonprofit groups have accounted for nearly three quarters of all federal outside spending this cycle, according to data from the Center for Responsive Politics. But Hillary Clinton starts the 2016 general election race with a massive outside spending advantage over Donald Trump, who did not rely on super PAC support during the Republican primary race.

Priorities USA Action, which is now backing Clinton’s campaign, had over $40 million in its bank accounts at the end of June. Correct the Record, a pro-Clinton super PAC created by her ally David Brock, had $436,000 on hand but has spent millions already this cycle. The two best-financed Trump super PACs, Great America PAC and Rebuilding America Now, had $1.2 million and $571,000, respectively.