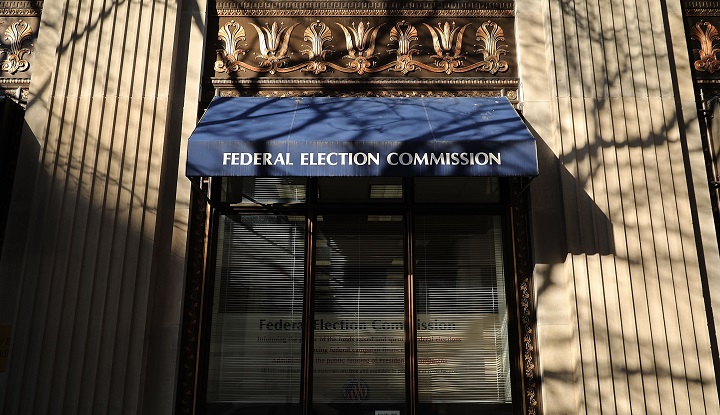 A December Federal Election Commission ruling will require Facebook ads to let internet users know which organizations are behind election advertisements -- but won’t do much to let them know who actually paid for the ads.

Last month, the five members of the commission ruled that election ads on Facebook must contain disclaimers revealing who paid for them. The decision occurred in the wake of revelations that Russian groups used the social network to boost Donald Trump’s successful 2016 presidential campaign.

But the new rule may not mean much in practice since it won’t apply to digital political advertisements on other websites. Eli Kaplan, founding partner of the Washington, D.C.-based digital advertising firm Rising Tide Interactive, said that requiring disclaimers on all online election ads still would fall short of full transparency for digital ads.

“Don’t get me wrong, it’s great to have disclaimers on ads,” said Kaplan, whose firm has created material for Planned Parenthood, the Democratic Governors Association and 2016 Democratic presidential nominee Hillary Clinton. “But it’s not easy to see what’s swirling around on the internet, so the odds of somebody taking a screenshot of that ad with that disclaimer and somehow figuring out this group is spending this amount of money is incredibly unlikely.”

The Message and the Medium

Some of the digital ad spending, however, happens in the dark. For instance, the American Action Network (AAN), a conservative political nonprofit tied to House Speaker Paul Ryan, R-Wis., claims to have spent more than $3.4 million on digital ads supporting the GOP tax bill. Because these advertisements weren't calling for the election or defeat of a federal candidate, they weren’t reported to any regulatory body. (AAN does not disclose its donors.)

The level of disclosure required for digital “issue ads” stands in stark contrast to rules for broadcast ads. Although issue ads that are aired on television or radio aren’t reported to the FEC, the Federal Communications Commission (FCC) collects information that includes the topic of the advertisement, the amount spent, and the identity of the company or person who purchased the advertising.

Because disclosure is treated differently by medium, it’s possible to check the $10 million figure that AAN claims to have spent on television and radio advertisements to support the Republican tax measure. Absent voluntary disclosure, however, there’s no way to track AAN’s digital expenditures for the bill.

The lack of disclosure required for digital ads is compounded by the potential to focus on certain types of people, or microtargeting. Facebook offers data that advertisers can use to target their audience, as do data marketing firms. A conservative marketing firm employed by billionaire libertarian brothers Charles and David Koch, i360, boasts of being able to target ads based on 1,800 individual data points -- including political measurements such as voter registration status, party affiliation, primary voting status, propensity to vote, potential to be a swing voter, and odds of being an undecided voter. The firm uses more personal information to target ads, including income, age, religion, marital status, economic stance, foreign issues positions, social beliefs and other opinions on issues that include guns, health care, immigration, education, and abortion.

The targeting means that individuals viewing the same website in the same room can see two completely different ads. I-360, which claims to collect voter information from all 50 states and from “top-tier providers” for lifestyle and consumer data, isn’t the only company harvesting and repurposing specific data; the advertising firm L2, and Catalist, a Washington-based firm that specializes in microtargeting for Democratic campaigns, have similar offerings.

“The fact that advertisers can micro-target viewers means that certain ads may never be seen by the broader public and that raises a number of problems,” said Brendan Fischer, an associate counsel at the Washington-based Campaign Legal Center, a nonprofit watchdog. “The lack of transparency makes it harder to track the contours of any influence campaign and it also makes it harder to hold candidates and their supporters accountable for statements made, because they are essentially being made in secret.”

The FEC is considering a regulation that would require disclaimers for all online advertisements. Commissioners voted at a Sept. 14 meeting to give the public more time to comment on the proposal. Approximately 98 percent of the 150,000 people who commented supported greater disclosure.

Meanwhile, Congress began considering a more comprehensive set of digital ad regulations in late September. The “We the People Democracy Reform Act,” sponsored by Sen. Tom Udall, D-N.M., and Rep. David Price, D-N.C., would require outside groups running campaign advertisements to have their top official take responsibility for the messages. The measure would also require the group disclose its top five donors. There are 13 cosponsors for the House bill; the Senate version has attracted 13 Democratic cosponsors, as well as Sen. Angus King, I-Maine. No Republicans have voiced support for the measure.

A bill was also introduced in late October by Sens. John McCain, R-Ariz., Amy Klobuchar, D-Minn., and Mark Warner D-Va. The “Honest Ads Act,” whose sponsors have described it as a response to reports of Russian meddling in the 2016 elections, would require online advertisers to meet many of the same disclaimer requirements as sponsors of broadcast messages.

Despite the recent flurry of concern over the sponsorship of digital ads, the odds of legislation passing are long. GovTrack, a website that monitors federal legislation, gives the Udall measure only a 28 percent chance of passage. The House version, sponsored by Reps. Derek Kilmer, D-Wash., and Mike Coffman, R-Idaho, is given only a 5 percent shot at winning approval.

(MapLight released an October white paper outlining further changes that could be made to campaign finance law to increase the transparency of digital political ads. These included requiring platforms to report ad purchases, requiring ads to be clearly marked as promotional material, and increasing online disclaimers.)