Hamsini Sridharan and Margaret Sessa-Hawkins | May 30, 2019 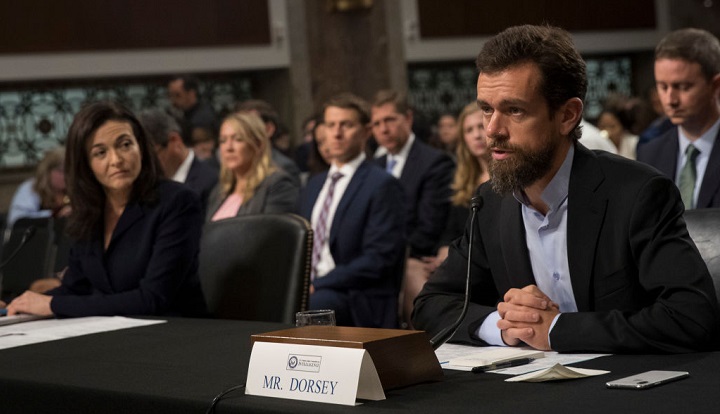 The rise of digital political advertising over the past few years has been nothing short of meteoric. Just over a decade ago, for the 2008 elections, campaigns spent $22.25 million on digital political ads. Fast forward to 2018, where digital political spending was expected to reach $1.8 billion, according to one estimate. This expansion of the online advertising industry reflects the even more meteoric growth of social media companies over that time period.

But as digital media has grown, so have concerns about transparency, unregulated use of consumer data, and manipulative tactics such as political bot networks, troll armies, and more, all of which have the power to infringe on the integrity of our elections. Technologies created by social media companies have enabled political actors to reach billions of people with false and misleading messages, manipulating public opinion and skewing political debate. Revelations about foreign election interference, data privacy breaches, racial microtargeting, and deceptive advertising practices regularly make headlines.

A majority of Americans favor more stringent regulation of technology companies to prevent these harms. Congress has called multiple hearings on related issues, demanding answers from tech company executives. At least one candidate for president, Sen. Elizabeth Warren (D-Mass.), has debuted a plan to break up “Big Tech.” Despite this interest, however, actual regulation of any kind seems to be slow in coming. Meanwhile, our democracy remains vulnerable to digital threats.

Below, we look at some of the most relevant pieces of legislation making their way through Congress. We break down what the bills would do and what prospects they have of passing:

H.R.1 - “For the People Act” (2019)
The first bill proposed by the House this year, the For the People Act is sponsored by Rep. John Sarbanes (D-Md.) and co-sponsored by every Democrat in the House. This landmark package contains numerous provisions to expand voting access, address gerrymandering, and regulate political spending. Among provisions that would tackle digital deception, the bill would apply existing advertising disclosure requirements to digital media; restructure the Federal Election Commission so that it is better able to enforce campaign finance law; and enable the Internal Revenue Service to better track dark money. This bill was the incoming Democratic majority’s first priority in the House. It passed along party lines in early March and has now gone to the Senate, where it is unlikely to pass given the Republican majority.

S. 1989 - Honest Ads Act (2017-19)
First introduced in late 2017 by the bipartisan triad of Sen. Amy Klobuchar (D-Minn.), Sen. Mark Warner (D-Va.), and the late Sen. John McCain (R-Ariz.), the Honest Ads Act aims to increase online transparency. If passed, the bill would require online platforms reaching more than 50 million monthly viewers to disclose who paid for an advertisement and what targeting criteria they used, create a public database of political ads, and tighten restrictions to ensure that ads are not purchased by foreign entities. While Facebook, Google, and Twitter have all created their versions of political ad databases and implemented measures meant to ensure ads are purchased by verified U.S. users, these efforts have proven problematic. The Honest Ads Act has never been voted on in the Senate or House. However, on May 9, a new version of the bill, with Sen. Lindsey Graham (R-S.C.) replacing McCain as co-sponsor, was reintroduced. This bill faces fairly long odds of passing, though Facebook and Twitter have publicly stated that they support it.

S. 2639 - CONSENT Act (2018) and other privacy bills
Guaranteeing users’ control over their data is key to combatting digital deception, as access to that data allows both legitimate and illegitimate political actors to target and manipulate voters. Introduced in April 2018 by Sen. Edward Markey (D-Mass.) and Sen. Richard Blumenthal (D-Conn.), the Customer Online Notification for Stopping Edge-provider Network Transgressions (CONSENT) Act aims to increase online privacy protections. The CONSENT Act would require the Federal Trade Commission (FTC) to put in place privacy protections for individuals using online edge platforms (platforms that provide content over the internet), including requiring opt-in rather than opt-out consent for sharing personal information, explaining how personal information is being used, and providing notification in case of a data breach. In April 2019, Senators Mark Warner (D-Va.) and Deb Fischer (R-Neb.) introduced the bipartisan Deceptive Experience To Online Users Reduction (DETOUR) Act, which is meant to prohibit online platforms from using so-called “dark patterns,” or deceptive interfaces to trick users into agreeing to give away personal data without fully understanding what they are doing. The CONSENT Act, the DETOUR Act, and a handful of similar bills (the BROWSER Act, the Secure and Protect Americans’ Data Act, and the Social Media Privacy Protection and Consumer Rights Act of 2019) have not been brought to vote on the Senate floor. Meanwhile, although social media platforms have begun touting their own privacy shifts, none are as strong or comprehensive as legislation would be.

S. 3127 - Bot Disclosure Act
The Bot Disclosure Act was introduced by Sen. Dianne Feinstein (D-Calif.) in mid-2018. As the name implies, the bill would increase transparency for bots (automated accounts run by software programs). Many bots are innocuous, or are even programmed to increase public awareness (in perhaps the most meta example of this, @probabot is a bot that tweets out the probability that a given Twitter handle tweeting about politics is a bot). However, bots can also be used to misleadingly amplify particular topics, a process known as astroturfing. Under this bill, the FTC would have to create regulations ensuring that social media companies require users to publicly disclose all bots. The bill would also make it illegal for candidates and political parties to purchase or use bots to spread their messages. The bill has not made it out of committee.

Algorithmic Accountability Act
Introduced in April of this year, the Algorithmic Accountability Act would attempt to eliminate discriminatory biases from machine learning-based systems. The bill, introduced by Senators Cory Booker (D-N.J.) Ron Wyden (D-Ore.) and Yvette Clarke (D-N.Y.) would require companies such as Facebook and Google that have vast quantities of information about users to check their algorithms for racial bias and correct them if such bias is found. The bill comes on the heels of Facebook being sued by the U.S. Department of Housing and Urban Development for enabling alleged housing discrimination via their ad targeting algorithms. No action has been taken on the bill so far.

It will ultimately take legislative and regulatory action to make real progress on solutions to digital deception in our elections. Bills such as the ones above could help to meaningfully address the digital threats we face. However, despite the urgency of the problem, there has been little action to get these bills passed into law. If we want to safeguard our democracy, this needs to change—the sooner, the better.