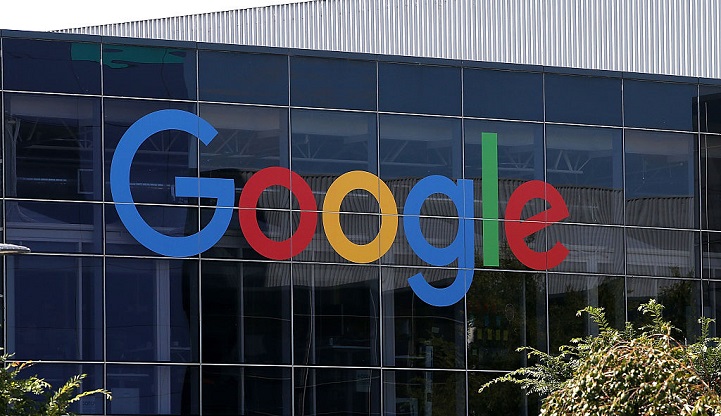 This story was produced by MapLight in partnership with the Bay Area News Group.

“We are thrilled to partner with AAN and CLF once again for the next two years,” Lee Dunn, Google’s head of elections sales, said in a press release. The Mountain View, Calif.-based web giant would provide the organizations with enhanced polling data, analytical support, and a discount on YouTube advertising for its promotion of the Republican political agenda and the party’s congressional candidates. “We look forward to helping CLF win elections in 2018,” Dunn said.

Barely a month later, Dunn had switched jobs, becoming the head of White House Outreach for the online giant. According to her LinkedIn profile, she was working to “engage [the] Administration on issues such as digital taxation, global trade, digital commerce and copyright/trademark law.”

Although Google isn’t the only digital business rushing to exploit the opaque $1.4 billion political ad industry, Dunn’s new job -- and the partnership between Google and the two conservative organizations -- illustrate the industry’s ability to use connections formed as advertisers to leverage relationships in the nation’s capital.

“This is a really concerning phenomenon that is new and unique to this digital advertising space,” said Brendan Fischer, a lawyer at the Campaign Legal Center in Washington, D.C. “These companies are building relationships with legislators and positioning themselves to be able to influence legislators, and these same legislators are going to be regulating Facebook and Google in a lot of areas. So that means the interests of candidates and these digital platforms are aligned in a way that may be contrary to the interests of the public as a whole.”

An October article published in the journal Political Communication found that digital advertising platforms had developed partisan advertising teams to work with clients on both sides of the aisle. These teams operated like political consultants during the 2016 presidential primary process. In one case, Google held “ideation sessions” with members of Sen. Rand Paul’s unsuccessful GOP campaign at its headquarters. During the general election, the companies embedded team members in the campaigns.

According to the article, online industry representatives said that “the growth of their work in electoral politics was driven by the desire for direct revenues from their services and products, for candidates to give their services and platforms greater public visibility, and to establish relationships with legislators.”

Google is working in similar ways with outside spending organizations such as AAN and CLF. In a job description for a 2018 political advertising position, the company said that Google is trying to bring advertising tools to clients “on both sides of the aisle -- as well as to Super PACs.”

Not all of Google’s political efforts have involved working with mainstream organizations. During the 2016 election, company officials met with members of Secure America Now, a conservative dark money organization that claims Islamic extremists are poised to seize power in France and Germany. The meeting, Bloomberg reported, helped the dark money organization “improve” its digital advertising campaign that was focused on whipping up anti-Islamic sentiment in key presidential swing states.

One marketer said the close relationship between digital advertising platforms and political groups is a natural occurrence when technology is developing so rapidly.

“There’s so much less specialization and expertise in digital [media] relative to more traditional media, because the space is so nascent,” said Eli Kaplan, a founder of the liberal digital marketing agency Rising Tide Interactive. “I really think this is Google’s attempt to say, ‘Look, the media environment is shifting dramatically and the clientele don’t understand the digital world enough to be able to spend that money effectively.’”

Records show AAN has not spent any money on elections during the 2018 election cycle, but the organization says it dropped more than $46 million advocating for Republican policies since Trump was elected. The advocacy spending includes $9 million on digital ads, and another $10 million on ad campaigns that appeared both on air and on digital platforms.

Due to the nature of digital advertising regulations, it’s impossible to find out how much of AAN’s $19 million in spending went to Google. Unlike traditional broadcast ads -- where the topic of the advertisement, the amount spent on it, and the identity of the ad’s sponsor are all publicly disclosed on the Federal Communications Commission website -- digital advertisements are generally not reported to regulators unless they specifically advocate for or against a candidate.

“Ads that don’t expressly advocate for or against a candidate can circulate online without any effective transparency whatsoever,” Fischer said. “A lot of that is due to [the Federal Election Commission’s] failing to apply longtime disclaimer requirements to internet ads. Since you can target ads to specific individuals, many are not viewable by the general public. So as more and more political spending migrates online, the public is left more and more in the dark about who is trying to influence elections and voters.”

Google’s efforts to win federal influence have increased since the last election. The company, along with the National Rifle Association, was a key sponsor of last month’s Conservative Political Action Conference. Google was the top federal online lobbying company in 2017, shelling out more than $18 million. The organization lobbied the Senate, the House, and Cabinet departments including Commerce, Defense, and Transportation. Google pushed officials in Washington on issues that included cybersecurity, immigration policy, patent reform, online privacy, and the Republican tax bill.

According to FEC records, the two conservative organizations aren’t the only ones taking advantage of Google’s services. Other organizations that bought advertising with it include the Republican National Committee; the U.S. Chamber of Commerce; Senate Conservatives Fund; labor unions AFL-CIO and SEIU; Planned Parenthood; and Americans For Prosperity, the flagship political organization of the billionaire libertarian Koch brothers.