In California, four measures get most of the cash 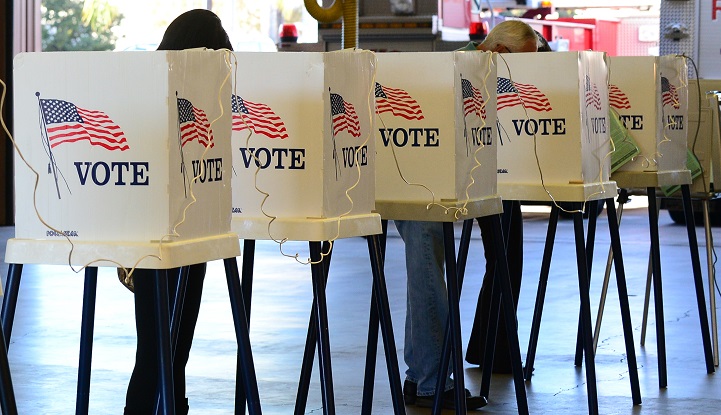 September 2, 2016 - In California’s big-money ballot battle, four initiatives have pulled in most of the cash so far, a MapLight analysis has found.

Of the $280 million in contributions reported by the end of August, 78 percent -- more than $218 million -- has gone to campaigns for and against limiting prescription drug prices, hiking the cigarette tax, extending an income tax increase, and requiring the state to use certain hospital fees for Medi-Cal patients.

The fight over the 17 measures on the November ballot is on track to become one of the most expensive in state history.

The campaign against Proposition 61, an initiative aimed at restricting how much the state pays for prescription drugs, has raised the most money. Drug companies and a pharmaceutical trade association have contributed more than $86 million; the initiative’s supporters have raised $9 million.

Tobacco companies have outraised supporters of the cigarette tax, Proposition 56, by about a two-to-one margin. Corporations have poured in more than $37 million so far to defeat the measure.

Groups supporting Proposition 55, which would extend an income tax increase on California’s highest earners until 2030, have raised $43 million. So far, the measure has no financial opposition.

The groups opposing Props 56 and 61 and supporting Prop 55 - the leaders in these three money races - have together collected almost 60 percent of all ballot measure money raised.

Supporters and opponents of Proposition 52, the “hospital fees” measure, have each amassed over $12 million.

Only one other measure on the ballot has raised more than $10 million. Supporters of Proposition 64, which would legalize recreational marijuana use for adults, have contributed $11.5 million. Opponents have given less than $250,000 to fight the initiative. The remaining 12 ballot measures together account for less than 18 percent of fundraising to date.

With about two months to go before the election, there is no indication that the less well-funded campaigns will catch up to the frontrunners. In August, committees for and against the 17 measures reported taking in about $43.5 million. The four biggest money races collected $39.6 million, or 91 percent, of that cash.

MapLight analysis of contributions to ballot measure committees available from the California Secretary of State as of September 1, 2016.