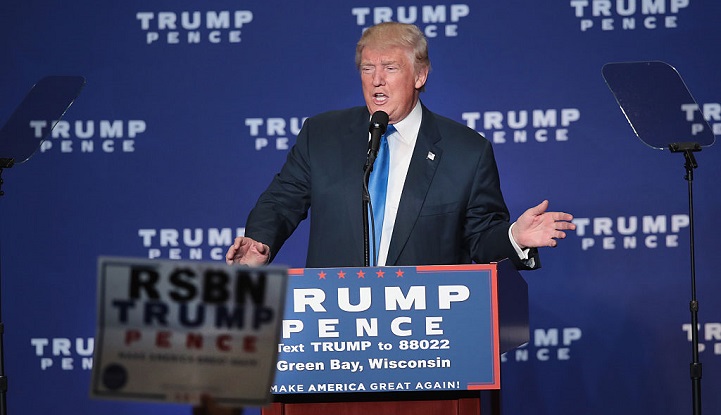 Today MapLight joined Common Cause, Free Press, Rock the Vote and Voto Latino as plaintiffs in a lawsuit challenging the Trump administration’s May 28 executive order that seeks to punish social-media companies for fact checking the president’s online posts.

This election year, in the midst of a deadly pandemic, Americans are seeking accurate information about alternatives to in-person voting. But in an attempt to help his own re-election chances, President Donald Trump is going to great lengths to mislead voters about mail-in voting, going so far as to unlawfully retaliate against social media companies simply for fact-checking his public comments about the practice.

Protect Democracy, along with the Electronic Frontier Foundation (EFF) and Cooley LLP, is challenging the President’s “Executive Order on Preventing Online Censorship” in federal court on behalf of MapLight as well as Common Cause, Rock the Vote, Voto Latino, and Free Press for attempting to inhibit voters’ access to information on social media about voting-by-mail in violation of the First Amendment. The May 28 order, which arose in direct response to Twitter appending a note that reads “[g]et the facts about mail-in ballots” to one of the President’s tweets, singles out several social media companies by name and threatens them with a loss of legal immunity for fact-checking Trump’s false statements. This act of retaliation and content-based restriction on speech violates the First Amendment.

Click here to read the full complaint  filed in U.S. District Court for the Northern District of California.

“The integrity of our democracy must be our preeminent concern—far more important than this President’s denigration of vote-by-mail solely to benefit his re-election campaign, and more important than technology and social media companies' push for engagement on their platforms to increase profits," said Ann Ravel, Digital Deception Project Director at MapLight. “That's why it is critical that we hold the President and technology companies accountable by preserving the moderation of false and misleading content, and by insisting they prevent the rampant spread of misinformation.”

“Voters have a constitutional right to receive accurate information about voting alternatives without government interference, especially from a self-interested President who is lying to gain an advantage in the upcoming election. So when Trump retaliates against private social media companies for fact-checking his lies, it’s not only a First Amendment violation—it’s the kind of behavior you’d expect to see from a dictator,” added Kristy Parker, counsel with Protect Democracy. “In the midst of a global pandemic, when far more voters than usual may opt to vote by mail to protect their personal health, the President’s authoritarian actions are especially egregious.”

The executive order is designed to chill social media companies from moderating the President’s content or other content in a way that he doesn’t like, particularly correcting his false statements about elections. In fact, the President has posted multiple tweets since issuing his executive order that are similar to the one that Twitter attached a note to in May, but which Twitter has not flagged (exs. 1, 2, 3). As it stands, the President is abusing the power of his office to illegally bully social media companies into not exercising their First Amendment right to fact check him. And this, in turn, violates the First Amendment right of the plaintiffs to receive information that corrects or contextualizes inaccurate statements about voting alternatives.

“We joined this cause to protect voters’ access to accurate information about voting during the pandemic, free from unconstitutional governmental meddling that is being done to advance a particular political viewpoint,” said Michael Rhodes, Cooley partner and chair of the firm’s global cyber/data/privacy and internet practice groups. “We want all voters to be able to make informed and independent political choices and that requires protecting online platforms' ability to curate information without fear of reprisal from the federal government.”

“Our clients want to make sure that voting information found online is accurate, and they want social media companies to take proactive steps against misinformation,” added David Greene, EFF's Civil Liberties Director. “Social media platforms have the right to curate content however they like—whether it is about voting or not—but President Trump’s executive order punishes platforms for doing just that. Misusing an executive order to force companies to censor themselves or others is wrong and dangerous in the hands of any president. Here it’s a transparent attempt to retaliate against Twitter for fact-checking the President’s posts, as well as an obvious threat to any other company that might want to do the same.”

“Thirty years ago, Rock the Vote was founded in response to the government’s censorship and arrest of artists. Our first campaign 'Censorship is UnAmerican' continues to ring true as the United States government threatens retaliation against online platforms’ First Amendment rights,” said Rock the Vote president Carolyn DeWitt. “President Trump and the U.S. government's attempts to silence online platforms and restrict their use of free speech should set off alarms. This is especially troubling given the misinformation campaigns, both foreign and domestic, that attempt to exploit online platforms and cause nonprofits like Rock the Vote undue harm. Now, beyond focusing on our core mission to promote participation in our democracy, Rock the Vote has been burdened with the unfortunate and absurd task of correcting misinformation—lies—shared by government officials, which can and should be fact-checked by online platforms.”

“The Executive Order is an illegal power grab by the President to eliminate any oversight of his spread of disinformation on social media, particularly content that would suppress eligible voters from casting their ballots,” said Yosef Getachew, Director of Media and Democracy at Common Cause. “The President’s intentions are clear: to pressure social media companies from taking any action that could correct the disinformation he spreads. He issued the Executive Order after Twitter fact-checked his inaccurate tweets regarding processes for mail-in-voting, and it’s no surprise that he has continued to spread disinformation about mail-in-voting across social media platforms. Social media platforms have First Amendment rights to curate content and ensure that accurate information, including voting procedures, is not undermined by misinformation. We urge the Court to find this Executive Order unconstitutional in order to prevent the President from turning the government into the speech police and hand-picking speech he does and does not like.”

“For nearly four years, this president has belittled and attacked anyone who has not bent to his will,” said Danny Friedman, Managing Director of Voto Latino. “By seeking to impose his thin-skinned insecurities on private companies, he is attempting to subvert our election, stifle robust public debate, and create barriers to the work that Voto Latino and other organizations engage in every day. The President and his enablers are sowing chaos and misinformation in order to undermine a free and fair election. We will not allow it.”

On May 26, President Trump tweeted a set of false claims about mail-in voting: “There is NO WAY (ZERO!) that Mail-In Ballots will be anything less than substantially fraudulent. Mail boxes will be robbed, ballots will be forged & even illegally printed out & fraudulently signed.” And, “The Governor of California is sending Ballots to millions of people, anyone . . . living in the state, no matter who they are or how they got there, will get one. That will be followed up with professionals telling all of these people, many of whom have never even thought of voting before, how, and for whom, to vote. This will be a Rigged Election. No way!”

Twitter—whose terms of use prohibit “us[ing] Twitter’s services for the purpose of manipulating or interfering in elections,” including by spreading “misleading information about how to vote or register to vote”—appended to these May 26 tweets a notice that users could “[g]et the facts about mail-in ballots.” Users who clicked on the notice were taken to fact-checks about the President’s claims.

The President responded to Twitter’s notice—its constitutionally protected speech—by accusing the company of interfering in the 2020 election: “@Twitter is now interfering in the 2020 Presidential Election. They are saying my statement on Mail-In Ballots, which will lead to massive corruption and fraud, is incorrect, based on fact-checking by Fake News CNN and the Amazon Washington Post . . . .”  He added, “Twitter is completely stifling FREE SPEECH, and I, as President, will not allow it to happen!”

Early the next morning, on May 27, the President attacked not only Twitter but online platforms and “Big Tech” more generally. His attacks continued throughout the day, expressly threatening regulation of online platforms or even to “close them down” in direct retaliation for disfavored speech.

The next day, the President issued his “Executive Order on Preventing Online Censorship.” The pattern of facts over a short couple of days indicates that the order was retaliatory against social media companies—made all the more evident by the fact that it calls out certain social media “behemoths” and “titans” by name, including Twitter.