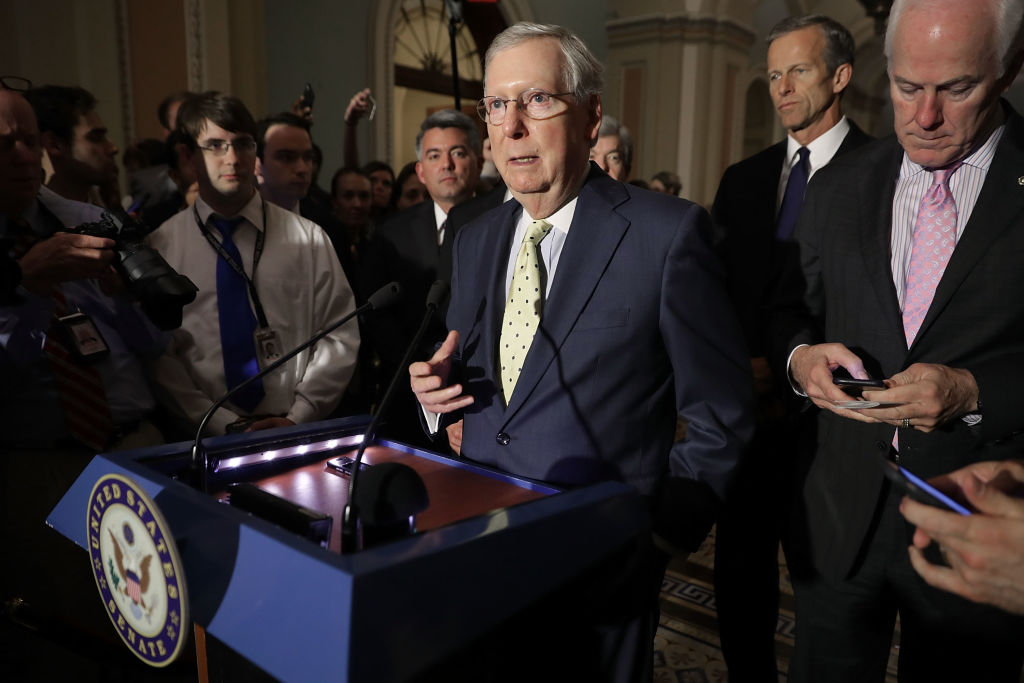 The small group of senators secretly crafting a bill to eliminate the Affordable Care Act collected an average of $214,000 in campaign contributions from health insurance and pharmaceutical industries between November 2010 and November 2016 - nearly double the amount received by colleagues excluded from the process, according to a MapLight analysis.

The group of male senators selected by Mitch McConnell, R-Ky., to craft a bill that would repeal and replace the 2010 Affordable Care Act has scheduled no public hearings about the landmark legislation that would overhaul health care for millions of Americans - leaving almost everyone guessing about the bill’s key components.

The lack of transparency and public information about the bill makes it impossible to analyze the impact on the insurance and pharmaceutical industries, but indications from stock prices earlier this year showed investors were betting GOP legislation would be a boon for pharmaceutical companies and health insurers.