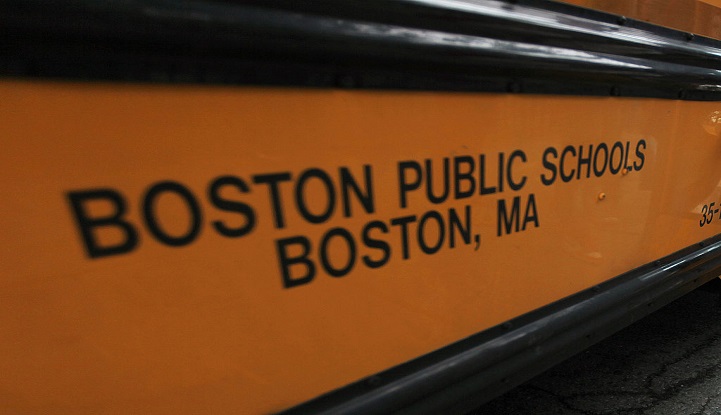 Photo courtesy of the Boston Globe

October 27, 2016 - The two largest teachers unions in Massachusetts asked federal and state law enforcement officials to investigate whether large donations to a charter school ballot measure backed by Republican Gov. Charlie Baker violated anti-corruption rules. The request Thursday from the unions was prompted by an International Business Times/MapLight report showing that the state pension board — which Gov. Baker appoints members to — gave lucrative contracts to manage teachers’ pensions to Wall Street firms whose executives then bankrolled the Baker-backed ballot initiative.

“This is about the integrity of our pension investments and the integrity of our elections,” said Massachusetts Teachers Association President Barbara Madeloni. “We need an investigation to find out whether these firms are wielding inappropriate influence in state government.”

Baker’s office did not respond to IBT’s questions. An official at the Massachusetts Pension Reserves Investment Management Board (MassPRIM) declined to comment.

The request by the unions — who represent 135,000 public school personnel in Massachusetts — revolves around federal pay-to-play rules that went into effect in 2011. Those rules are designed to prevent financial firms that manage state pension investments from donating to public officials who can influence investment decisions.

Baker is covered by those rules because he appoints three members to the board of the Massachusetts Pension Reserves Investment Management Board (MassPRIM). IBT/MapLight’s report showed that eight firms delivered more than $778,000 to groups supporting Question 2, which would expand the number of charter schools in Massachusetts. Baker has led the fight for the ballot measure, and a group that received money from MassPRIM money managers is now airing television ads promoting Baker.

While the federal pay-to-play rules aim to restrict Wall Street donations directly to public officials and political parties, they do not explicitly bar such donations to groups that support a lawmaker’s favored cause — or that promote a public official in paid ads. However, the rules do include anti-circumvention provisions which prohibit financial firms and public officials covered by the law from doing “anything indirectly which, if done directly, would result in a violation of the rule.”

“These rules are in place specifically to prevent Wall Street firms from throwing money at the feet of those responsible for awarding financial contracts in an effort to curry favor in the awarding of those contracts,” said Public Citizen’s Craig Holman, whose watchdog group advocates for tougher ethics laws. “We are seeing Wall Street funnel their money to nonprofit organizations and super PACs that support the same governors — and now to a pet policy project of Massachusetts Gov. Baker, backing his ballot measure.”

This is the second time in the last two years that Baker has faced questions about pay-to-play practices and pension deals. During his 2014 gubernatorial run, Baker faced a New Jersey ethics investigation when documents surfaced showing that he gave $10,000 to the New Jersey Republican Party just before Gov. Chris Christie’s administration awarded Baker’s financial firm a pension management deal. New Jersey pension overseers divested the state’s holdings in Baker’s firm — though Christie’s administration ruled that the state’s pay-to-play rules had not been violated.

Earlier this week, Gov. Baker visited New York to discuss his advocacy for Question 2 with officials from the Manhattan Institute, a conservative group that supports charter schools. Paul Singer, the chairman of the Manhattan Institute’s Board of Trustees, has been a major sponsor of charter school expansion efforts. Singer is the principal of Elliott Management, which is listed by MassPRIM as a firm that manages state pension money.