The Money Behind the Battle Over Raising California’s Cigarette Tax 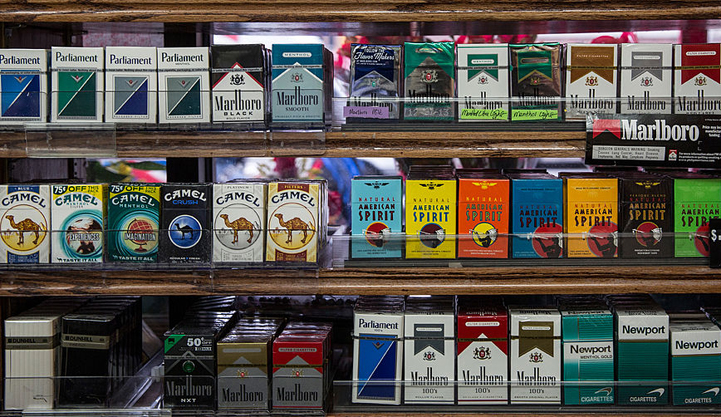 Tobacco companies have given nearly $56 million since June to fight a proposed cigarette tax in California, according to a MapLight analysis of data from the Secretary of State’s Office.

The RJ Reynolds Tobacco Company and Altria, the parent company of Philip Morris USA, have provided more than 97 percent of that money, the analysis found.

The battle over Proposition 56, which would increase the state’s tobacco tax by $2 per pack, is the second most expensive initiative fight this fall. Supporters of the measure have contributed more than $17.5 million, bringing the total raised by both sides to $73.5 million.

Contributions to Proposition 61, which would restrict the prices the state pays for prescription drugs, have topped $96 million. Most of that money -- more than $86 million -- has come from pharmaceutical companies and their trade association.

Prop. 56 is the third attempt to raise the state’s tobacco tax via the ballot box in the past decade. Similar efforts in 2006 and 2012 were narrowly defeated. In those campaigns, opponents of the tax raised four times more than supporters. Tobacco companies provided more than 95 percent of the money to fight each of those initiatives.

According to the Legislative Analyst’s Office, Prop 56 could generate more than $1 billion in tax revenue, money that would go towards funding research, education, and health care programs for Medi-Cal patients. The tax would also apply to e-cigarettes.

The measure’s backers have been raising money for more than a year. The biggest contributor, California Hospitals Committee on Issues, has given a total of $10 million.

Tom Steyer, the billionaire and possible 2018 gubernatorial candidate, has given $1 million for the initiative. In the 2006 and 2012 campaigns, another billionaire, Michael Bloomberg, gave a total of $750,000 to support the proposed taxes.

Both sides of the Prop. 56 battle are already spending money on ads aimed at influencing voters. The measure is one of 17 initiatives on the state’s November ballot.

MapLight analysis of contributions to committees supporting or opposing Proposition 56 using data available from the California Secretary of State as of September 12, 2016.