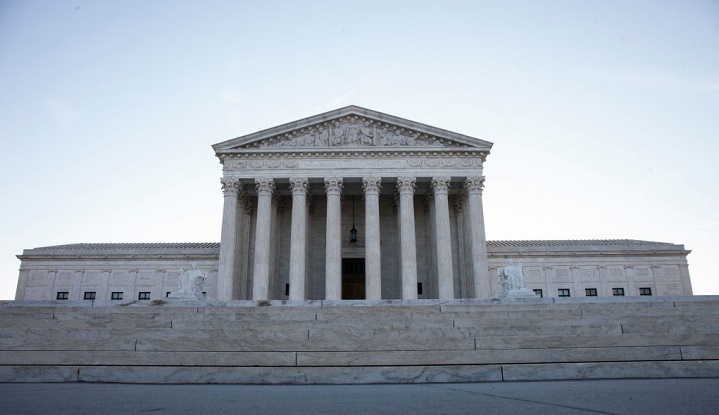 The case, brought by an NRA state affiliate, the New York State Rifle & Pistol Association, could stifle national gun control efforts by compromising regulations that require people to keep their guns in their homes.

Sen. Sheldon Whitehouse, D-R.I., announced last Monday that he and four of his colleagues had filed an amicus brief challenging the Supreme Court’s decision to hear the case. The letter was co-signed by Sens. Kirsten Gillibrand of New York, Mazie Hirono of Hawaii, Dick Durbin of Illinois, and Richard Blumenthal of Connecticut.

The brief noted that there has been “a pattern of persistent efforts by large anonymous forces to influence the Court.” The letter pointed to a report from MapLight and the Center for Responsive Politics about the Judicial Crisis Network (JCN) -- a dark money organization linked to President Donald Trump’s judicial adviser, Leonard Leo -- which spent millions to ensure the Supreme Court Justice Brett Kavanaugh’s confirmation. The report found that JCN was primarily funded by an anonymous, $17 million donation made shortly before Kavanaugh’s nomination.

The senators cited another MapLight investigation finding that dark money groups tied to Leo had funneled substantial sums to the NRA around the time that it was advocating for Supreme Court Justice Neil Gorsuch’s confirmation. America Engaged, which lists Leo as its president, donated $950,000 in 2017 to the NRA’s Institute for Legislative Action. JCN contributed $1 million to the NRA in in 2016-17.

“The Supreme Court is not well,” the senators wrote. “And the people know it. Perhaps the Court can heal itself before the public demands it be restructured in order to reduce the influence of politics.”